Network Address Translation is an Internet standard that allows hosts on local area networks to use one set of IP addresses for internal communications and another set of IP addresses for external communications. A LAN that uses NAT is referred as natted network. For NAT to function, there should be a NAT gateway in each natted network. The NAT gateway (NAT router) performs IP address rewriting on the way a packet travel from/to LAN.

There are two types of NAT:

Hosts behind a NAT-enabled router do not have true end-to-end connectivity. Therefore some Internet protocols might not work in scenarios with NAT. Services that require the initiation of TCP connection from outside the private network or stateless protocols such as UDP, can be disrupted. Moreover, some protocols are inherently incompatible with NAT, a bold example is AH protocol from the IPsec suite.

To overcome these limitations RouterOS includes a number of so-called NAT helpers, that enable NAT traversal for various protocols.

Firewall NAT action=masquerade is unique subversion of action=srcnat , it was designed for specific use in situations when public IP can randomly change, for example DHCP-server changes it, or PPPoE tunnel after disconnect gets different IP, in short — when public IP is dynamic.

Unfortunately this can lead to some issues when action=masquerade is used in setups with unstable connections/links that get routed over different link when primary is down. In such scenario following things can happen:

You can workaround this by creating blackhole route as alternative to route that might disappear on disconnect).

When action=srcnat is used instead, connection tracking entries remain and connections can simply resume.

By default print is equivalent to print static and shows only static rules.

To print also dynamic rules use print all.

Or to print only dynamic rules use print dynamic

If you want to «hide» the private LAN 192.168.0.0/24 «behind» one address 10.5.8.109 given to you by the ISP, you should use the source network address translation (masquerading) feature of the MikroTik router. The masquerading will change the source IP address and port of the packets originated from the network 192.168.0.0/24 to the address 10.5.8.109 of the router when the packet is routed through it.

To use masquerading, a source NAT rule with action ‘masquerade’ should be added to the firewall configuration:

All outgoing connections from the network 192.168.0.0/24 will have source address 10.5.8.109 of the router and source port above 1024. No access from the Internet will be possible to the Local addresses. If you want to allow connections to the server on the local network, you should use destination Network Address Translation (NAT).

If you have multiple public IP addresses, source nat can be changed to specific IP, for example, one local subnet can be hidden behind first IP and second local subnet is masqueraded behind second IP.

Forward all traffic to internal host

Add rule allowing the internal server to initate connections to the outer networks having its source address translated to 10.5.8.200:

If you would like to direct requests for a certain port to an internal machine (sometimes called opening a port, port mapping), you can do it like this:

This rule translates to: when an incoming connection requests TCP port 1234, use the DST-NAT action and redirect it to local address 192.168.1.1 and the port 1234

As you can see from illustration above FTP uses more than one connection, but only command channel should be forwarded by Destination nat. Data channel is considered as related connection and should be accepted with «accept related» rule if you have strict firewall. Note that for related connections to be properly detected FTP helper has to be enabled.

Note that active FTP might not work if client is behind dumb firewall or NATed router, because data channel is initiated by the server and cannot directly access the client.

If client is behind Mikrotik router, then make sure that FTP helper is enabled

Same can be written using different address notation, that still have to match with the described network

To combat IPv4 address exhaustion, new RFC 6598 was deployed. The idea is to use shared 100.64.0.0/10 address space inside carrier’s network and performing NAT on carrier’s edge router to sigle public IP or public IP range.

Because of nature of such setup it is also called NAT444, as opposed to a NAT44 network for a ‘normal’ NAT environment, three different IPv4 address spaces are involved.

The advantage of NAT444 is obvious, less public IPv4 addresses used. But this technique comes with mayor drawbacks:

Packets with Shared Address Space source or destination addresses MUST NOT be forwarded across Service Provider boundaries. Service Providers MUST filter such packets on ingress links. In RouterOS this can be easily done with firewall filters on edge routers:

Service providers may be required to do logging of MAPed addresses, in large CGN deployed network that may be a problem. Fortunately RFC 7422 suggests a way to manage CGN translations in such a way as to significantly reduce the amount of logging required while providing traceability for abuse response.

RFC states that instead of logging each connection, CGNs could deterministically map customer private addresses (received on the customer-facing interface of the CGN, a.k.a., internal side) to public addresses extended with port ranges.

In RouterOS described algorithm can be done with few script functions. Lets take an example:

Instead of writing NAT mappings by hand we could write a function which adds such rules automatically.

After pasting above script in the terminal function «addNatRules» is available. If we take our example, we need to map 6 shared network addresses to be mapped to 2.2.2.2 and each address uses range of 100 ports starting from 2000. So we run our function:

Now you should be able to get set of rules: 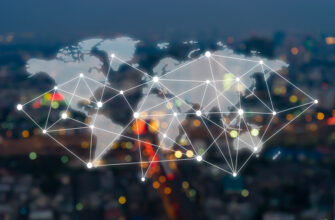 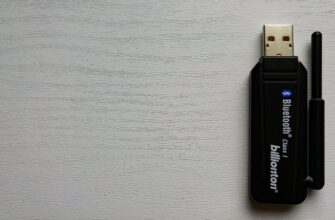